You were the holder or the beneficial owner of a bank account with UBS Switzerland (or you had “inherited” such an account), at some point from 2010 to 2015, the period covered by the request for administrative assistance, whose validity was confirmed by the Federal Court on 26 July 2019. (see the press release of Federal Court (2C_653/2018)) 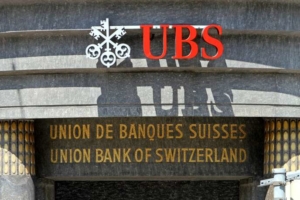 It is now conceded that the Swiss tax authorities will decide to transmit to France information related to holders or beneficiary owners of UBS accounts coming under the 11 May 2016 request for assistance. Doing nothing and waiting for the axe to fall seems to us the worst position to take, whereas taking the initiative, on both the Swiss and the French sides, can allow one to take one’s own tax destiny in hand by anticipating future procedures, thus minimising their possible “adverse” effects.

On 11th May 2016, the French General Directorate of Public Finance (GDPF) sent a request to the Swiss Federal Tax Administration (FTA) for international administrative assistance in tax matters regarding some 40,000 bank accounts with UBS, whose holders or beneficial owners were, in all likelihood, domiciled in France.

The particularity of this request arose from its exceptional “collective” nature as well as from the GDPF’s inability to specifically identify the taxpayers.

UBS objected to this request, arguing, in particular, that it was a “fishing expedition” and that the French tax authority had failed to comply with the speciality principle, according to which transmitted data may not be used in criminal proceedings initiated against the Bank in France.

The FTA held a contrary view and, on 9th February 2018, issued final decisions providing administrative assistance in 8 cases (among which the above mentioned 40,000 bank accounts).

UBS appealed these decisions to the Federal Administrative Court (FAC), which ruled in its favour. However, the FTA then appealed the FAC’s decision. Finally, on 26th July 2019, the Federal Court confirmed the FTA’s final decisions.

What is specifically going to happen in the coming months in Switzerland and in France?

In order to transmit data to the GDPF, the FTA must render a specific final decision (which it has not yet done for the vast majority of the 40,000 accounts) or obtain from the persons concerned a written consent for the transmission of data to France.

As long as the FTA has not rendered its decision, any person concerned may engage a law firm in Switzerland, which will: have full access to the case file; if need be dispute the specificities of the case with the FTA; and determine whether it is preferable to consent to the transmission of information under the simplified procedure or, if not, receive notice of the final decision to be issued.

Any FTA decision must be communicated to the French taxpayer: through a representative in Switzerland (in particular, a law firm) if the taxpayer has appointed one, through publication in the Federal Gazette, or by post to the person’s known address in France, bearing in mind that the legal basis for using the post as a means of notification seems debatable.

The FTA’s final decision will be subject to appeal to the FAC (with suspensive effect), within 30 days.

In any case, the information to be disclosed by the FTA to the GDPF would be limited to the identity, date of birth and address of the account holder and/or of the beneficial owner, as well as the account balance as at 1st January of the years 2010 to 2015.

It cannot be excluded that the GDPF may – subsequently – send further requests for administrative assistance to the FTA in order to complete data already received in specific tax files, namely, by requesting full banking documentation from 1st January 2010 concerning account(s) opened with UBS.

Given the number of taxpayers involved, the situation is completely new for the tax administration’s Central Services, and there remain uncertainties regarding the organizational procedures to be implemented. Our current knowledge of the workings of the French tax authority and our broad experience in this field allow us to describe here the procedure that we anticipate for the coming months.

It appears likely that the tax administration will do individualised processing of the data received from the FTA. After an initial analysis, the Central Services will notify the taxpayers by letter, enjoining them to regularize their situation, failing which a tax audit may be initiated. It is at this point that litigation will start in earnest.

As the data to be disclosed by Switzerland relate to the years 2010 to 2015, the tax administration is most likely to extend its audit to cover the years 2016 to 2018. Not only will income tax and wealth tax (until 1st January 2017) be targeted, but also, where applicable, donation and inheritance taxes. Penalties at the rate of 40% on the amount of evaded tax, as well as penalties for failure to declare an account abroad, set at € 1,500 on the last four years (but € 20,000 in the case of an interposed trust) will be applied.

Tax files giving rise to tax adjustments above € 100,000 will be separately referred to the Public Prosecutor (a consequence of the end of the “Bercy lock” (verrou de Bercy) resulting from the entry into force of the Law of 23 October 2018 on the fight against fraud).

Nonetheless, it is still possible to avoid the most adverse consequences of tax and/or criminal proceedings by a voluntary pre-emptive regularisation of one’s situation.

These declarations must be filed with the competent local tax office in order to be processed by a specialized department.

The declarations will be for the fiscal years for which the statute of limitations does not apply, or the last ten years in the case of undeclared bank accounts or life-insurance policies subscribed abroad. All filings before the 31st December 2019 should therefore include the income tax declarations for 2009 to 2018, and where appropriate, the 2009 to 2017 French Solidarity Tax on Wealth (STW) declarations. Along with the corrective declarations, banking documentation enabling the determination of the taxable income (dividends, interest, capital gains, tax credit and withholding tax) and, where appropriate, the taxable capital under the STW, should be included. Only bank documents strictly needed to calculate the taxes should be provided.

The taxpayer must also be able to justify the origin of the assets held in the undeclared foreign account(s) as this is systematically requested by the tax administration. But experience has shown that, so far, owing to its excessive character, taxation at 60% is applied only in cases of a request for information or justifications prior to any filing of the corrective declarations. This taxation can thus be avoided in the event of a voluntary pre-emptive rectification.

It is thus imperative, in our opinion, to preclude any request from the tax administration and to be able to ascertain the voluntary nature of the approach.

This voluntary character can also be a major advantage in confronting the possibility of a criminal outcome of the tax case. It must be borne in mind that, since the entry into force of the Law of 23 October 2018, the tax administration is under obligation to refer to the Public Prosecutor any tax file held by it involving tax arrears of more than € 100,000 plus exclusive good faith penalties (40%, 80% or 100%). However, the legislature has rightly excluded from this duty of transmission to the prosecutor tax files resulting from voluntary regularisation procedures. The tax administration clarified this recently (in the Official Bulletin on Taxes of 27 June 2019): “This exclusion targets taxpayers who voluntarily file one or several tax declarations intended to rectify their previous tax situation. In this respect, there is no voluntary procedure when a corrective (or initial) declaration is filed while a tax audit is in progress, while the taxpayer has received a verification notice or while he is the subject of an administrative or judicial investigation”.

It is thus essential to file the corrective declarations before the tax administration sends its first request for information expressly aimed at foreign bank assets.

Given that a request for an international collective (non individual) administrative assistance has been submitted to the Swiss tax authorities, it should not be treated, in our opinion, as an “administrative investigation procedure” as specifically laid down in Articles L 80 F to L 80 J, and L 16 B of the Tax Procedure Handbook.

In our opinion, while our interpretation of the modus operandi with which the French tax administration will handle the data transmitted by its Swiss counterpart is not an absolute certainty, it appears highly probable to us in the light of our experience. In this regard, it is worth noting that our firm, owing to its presence both in Switzerland and in France, has been involved for more than ten years in numerous and often complex regularisation cases, as well as in tax and criminal litigation proceedings handled by the highest level of the French tax administration. 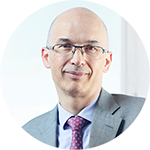 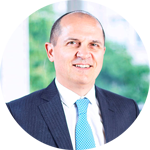 FBT NewsLex is our periodical in areas of law, taxation and banking.
Sign up to receive our periodic newsletter and also receive news about our activities.